Perfect Gluten-Free Beignets! Just like the ones they serve at Port Orleans in Walt Disney World. These are perfect for Mardi Gras. Recipe is gluten-free, egg-free, and dairy-free. 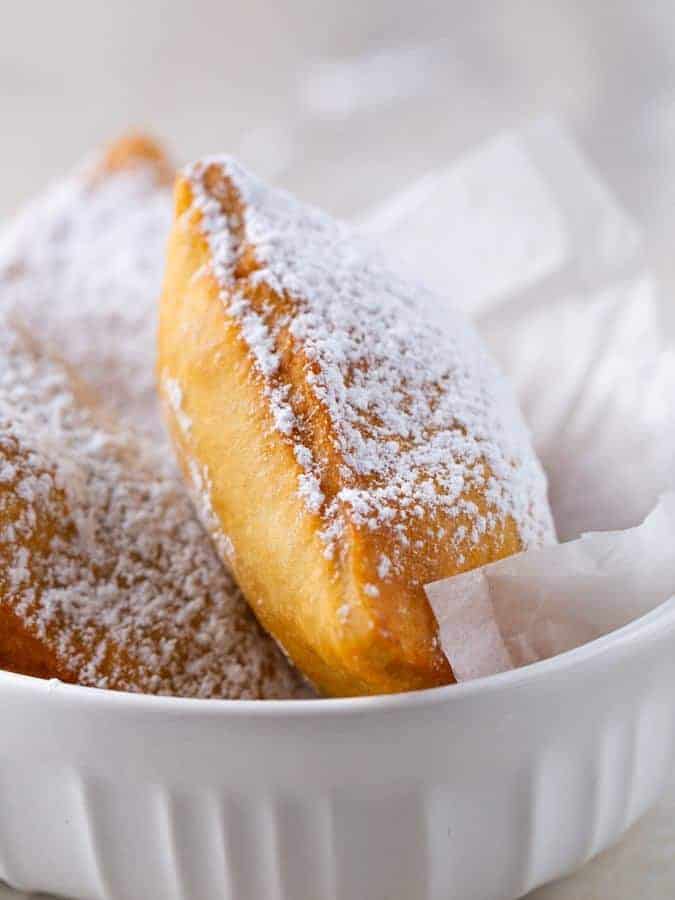 Do you have a recipe for gluten-free beignets?

This question arrived by email a few days ago and…I felt bad. Because a recipe for gluten-free beignets has been sitting in my computer for, oh, several years now. No joke. Several years.

It was one of those recipes I kept meaning to finish. And never did.

This wasn’t even a recipe I started from a blank page, which is how I start all my recipes unless someone asks me to adapt a family favorite.

A few years ago, Port Orleans at Walt Disney World in Florida introduced gluten-free beignets. They’re amazing. Not only are they gluten-free, but they’re also dairy-free and egg-free. And you’d never know.

During one visit, the Chef gave me the recipe. It used several pounds of gluten-free flour. It was an excellent recipe but…for the home baker, it needed a little tweaking. So I tweaked and never got around to finishing it. 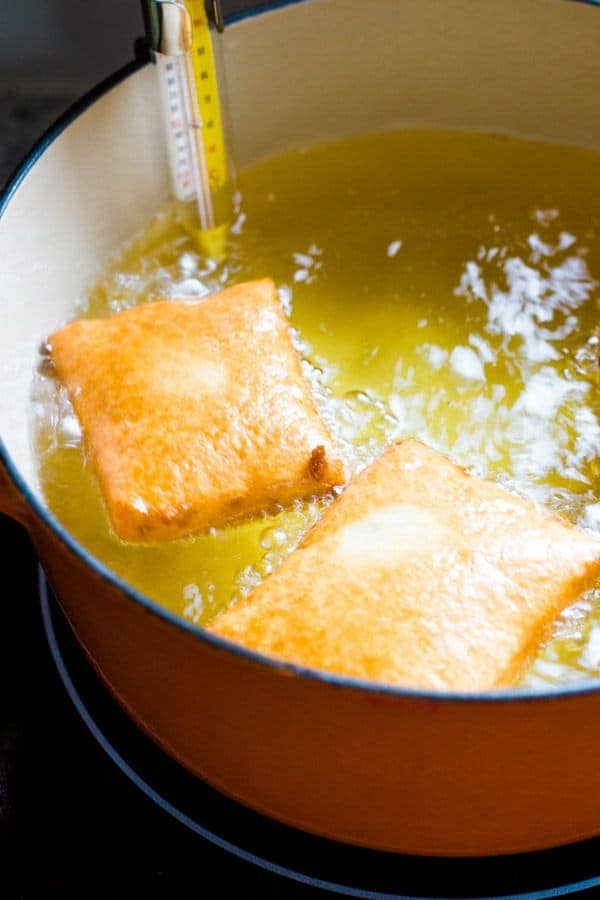 The original recipe called for Bob’s Red Mill Pizza Mix. Since gluten-free mixes vary from brand to brand, to get the right results, you need to use a specific mix. (Please note: I have no idea if this is still the mix Disney uses for their beignets.) The pizza mix does a great job giving these beignets the right texture. If you replace the mix with another brand or your own blend, I can’t say whether or not the recipe will work.

Not only is this recipe gluten-free, but it’s also dairy-free and egg-free. Since I don’t routinely create egg-free recipes, this isn’t an ingredient that I keep in my pantry. So I tested it with the egg replacer and without. The beignets are better with. So, yes, you do need to buy a bag.

The Apple Juice and Applesauce

The Tools You Need to Make Gluten-Free Beignets 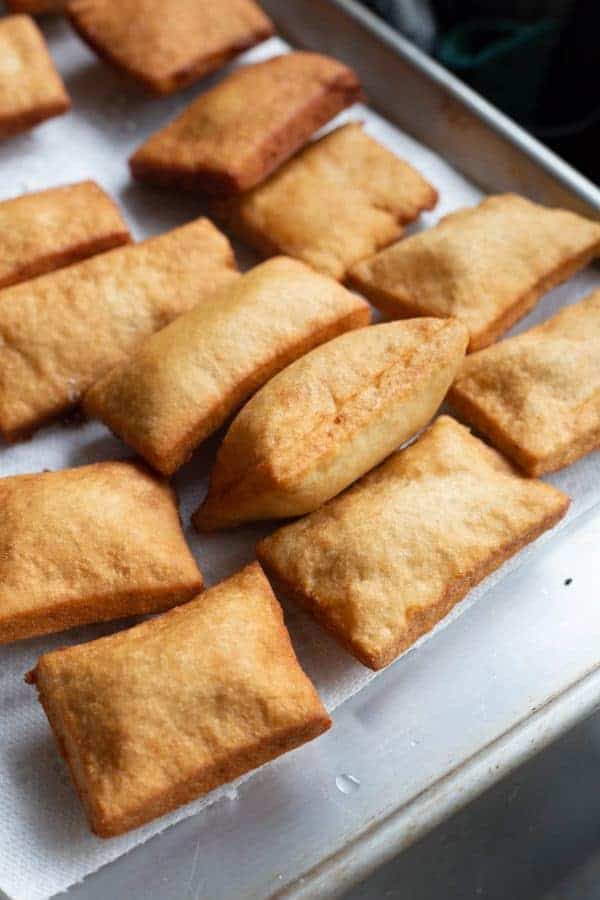 How to Make Gluten-Free Beignets

Here’s the step-by-step for how to make beignets. 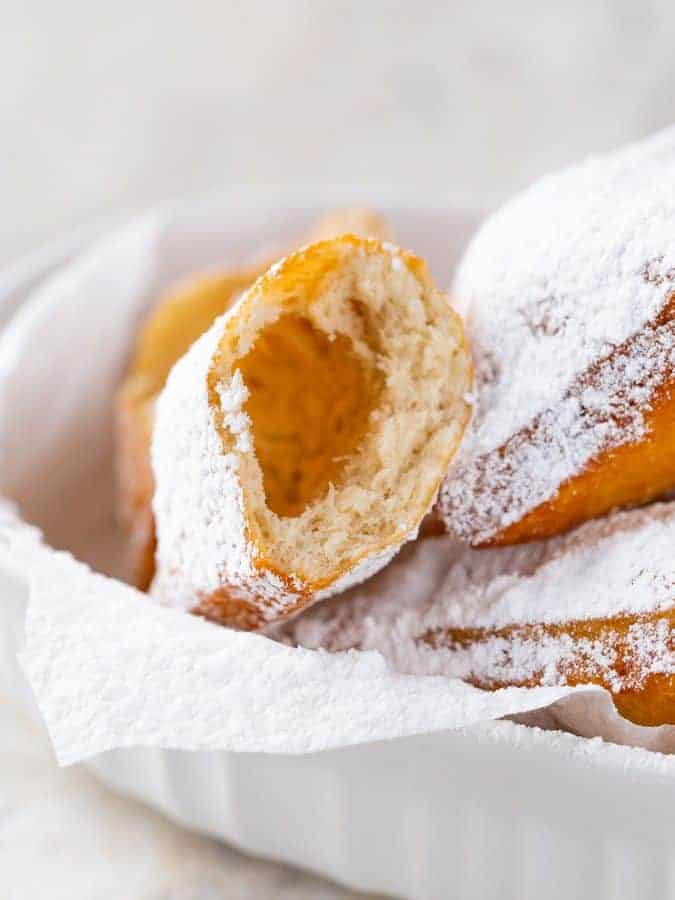 What’s the best oil to use for frying beignets?

Can I Bake the Beignets?

Nope! Unless you want flat, sad beignets. Take a look at the baked beignets versus fried. 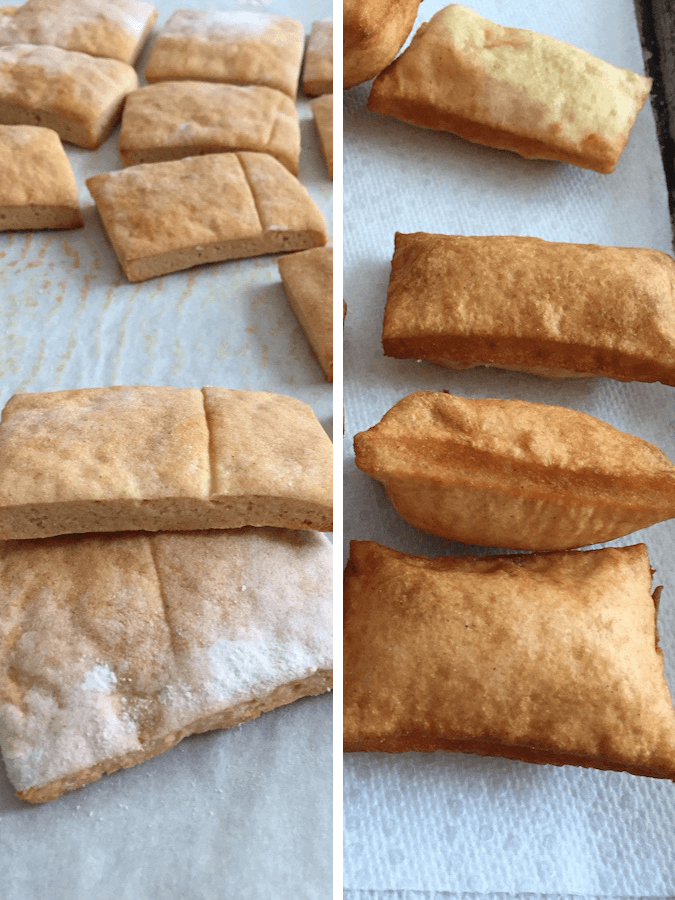 My beignets didn’t puff! What happened?

Urgh. This is frustrating. I’m sorry this happened. Here are some possible causes 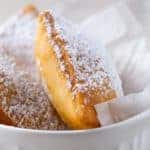 Perfect Gluten-Free Beignets. Just like the ones served at Walt Disney World. Perfect for Mardi Gras.

Note: This beignet recipe is very specific. Replacing any of the ingredients--including the flour-- can alter the results.