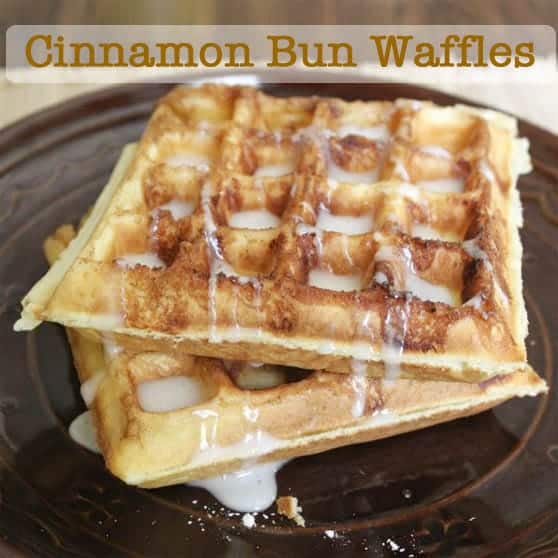 One Sunday I woke up craving cinnamon buns. Yum, right? But making a batch of cinnamon buns means mixing dough, allowing it to rise, and then, of course, baking. All told, I wouldn’t have eaten the cinnamon buns I craved until the afternoon.

And my craving didn’t want to wait that long! I had things to do. (Like eating breakfast.) Since it was a “waffle-Sunday” in our house, I decided to try making a batch of “cinnamon bun waffles.”

Oh my goodness. Just writing about them makes me want to run into the kitchen and make a batch! I love these waffles.

What I craved was that delicious swirl that makes a cinnamon bun a cinnamon bun. I don’t know about you but that’s my favorite part of a cinnamon bun! In my pre-gluten-free days, I’d “unwind” a cinnamon bun before eating it. (Odd eating habits? Oh yes! I have them!) Unwound meant the cinnamon-sugar filling hit my tongue first with each bite.

Happily, It was ridiculously easy to add a swirl to waffles!

Here’s how to do it: 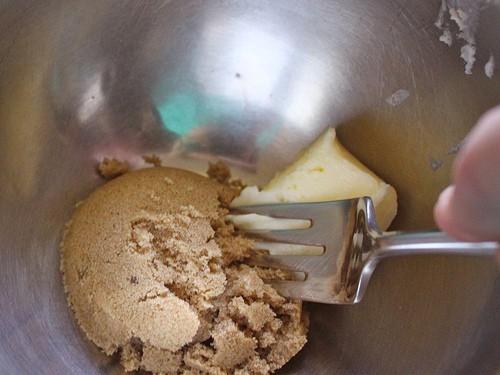 In a bowl, combine ground cinnamon, dark brown sugar and soft butter. (My cinnamon hid under the brown sugar. You can’t see it but it’s in there.)

Mash with a fork until a paste forms. 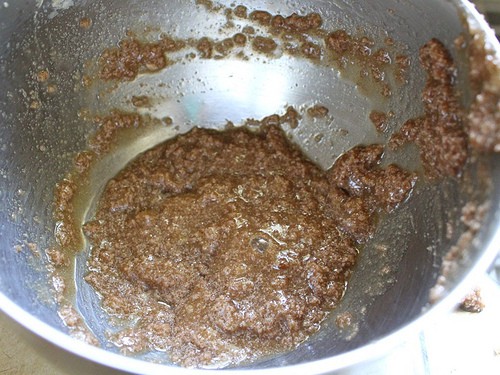 Add the milk. The mixture might look “broken”–almost curdled. Usually you want to avoid a broken batter but in this case, it’s fine. 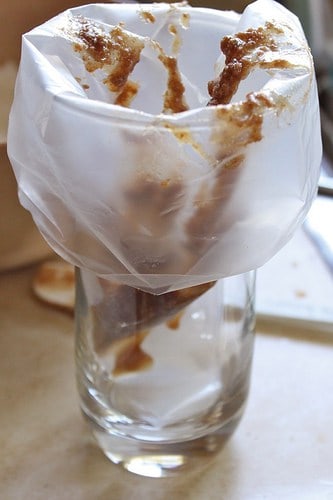 Transfer mixture to a piping bag. If you don’t own a piping bag, put the mixture into a large ziplock bag and snip one of the corners of the bag. 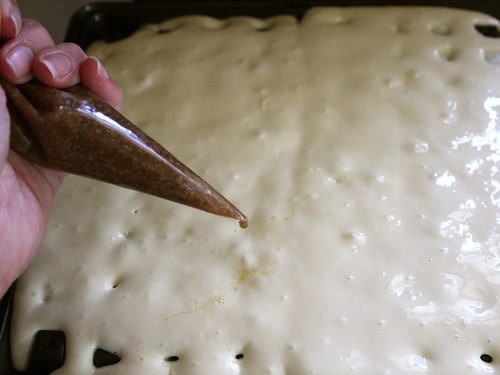 Fill waffle-iron with batter. Right away, grab your piping bag. 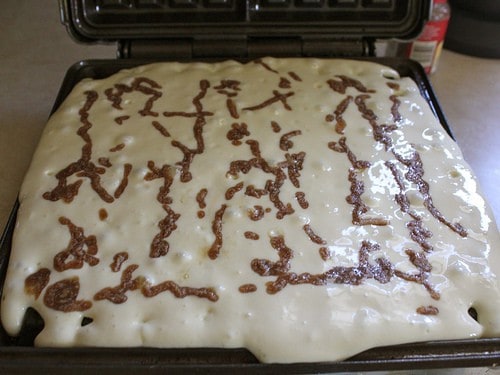 Squeeze cinnamon filling all over the waffle iron. Be sure your waffle iron is nonstick. Most are but if you have an old one, it might not be. 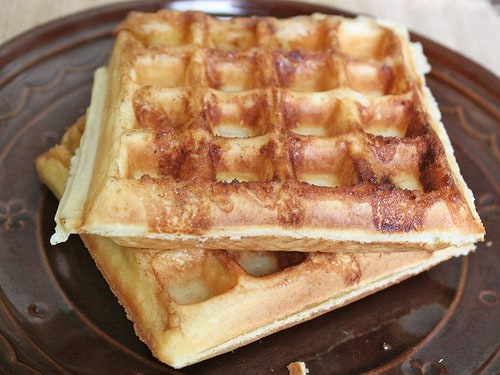 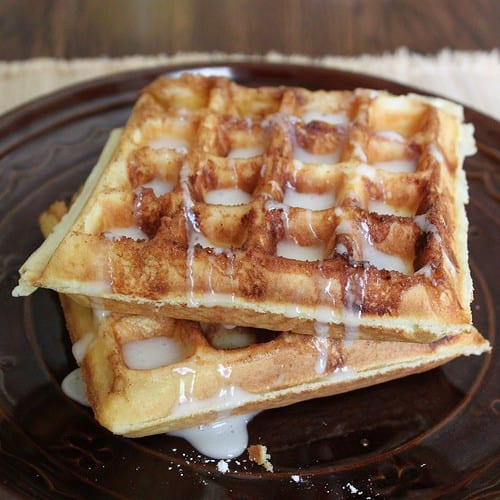 Drizzle with cinnamon bun icing or maple syrup. Both are delicious!

Enjoy! (How good does that look? Really good, right? I’m so thankful I woke up craving cinnamon buns!)

this page may contain affiliate links to products or services I love. I am NEVER paid for my opinion. Ever. 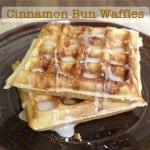