Gluten-Free Cinnamon Raisin Bread Recipe! Easy to make. Not too sweet. Perfect for toasting or as a base for French Toast. 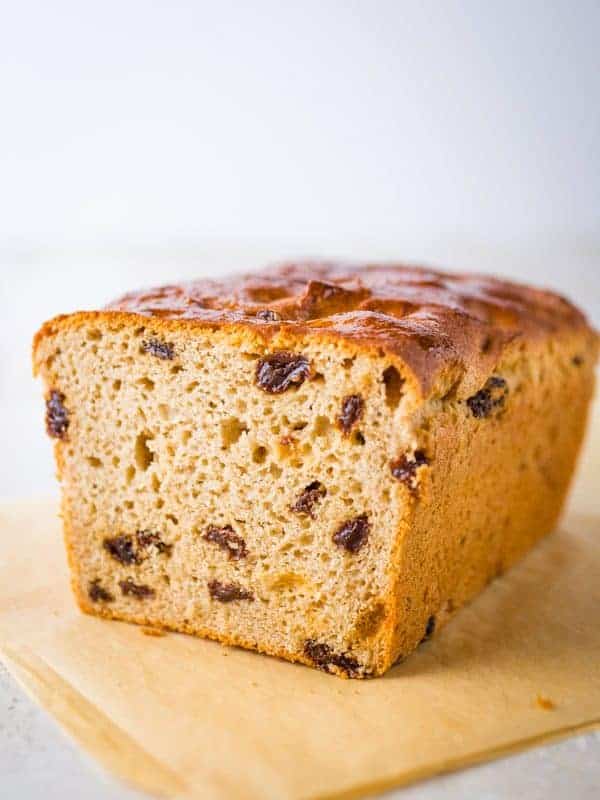 Cinnamon raisin bread is one of my favorites—and I don’t usually like raisins!

This recipe, based on my popular gluten-free sandwich bread, makes a loaf that’s soft and tender but not too sweet. It’s a wonderful loaf for beginner gluten-free bakers. 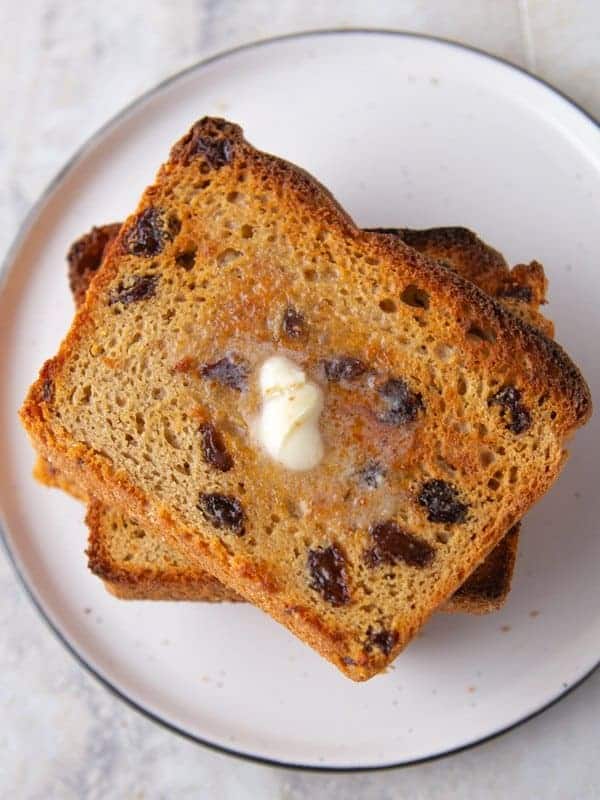 What Gluten-Free Flour Blend Should I Use?

For yeast breads, like my gluten-free sandwich bread, it’s best to use a homemade gluten-free flour blend. My preferred blend contains brown rice flour, tapioca starch, and xanthan gum. If you use a commercial blend, make sure it’s recommended for use with yeast breads. Some are not.

What’s the Best Yeast to Use for Gluten-Free Bread?

How long does the dough take to rise?

This loaf takes about 45 minutes to rise. Very warm or very cold environments will impact how long the dough takes to rise. You want the loaf to have doubled in size before baking.

How do you know when the loaf has risen enough?

Look for the dough to have doubled in size. If it rises higher than that, it can sink during baking or cooling.

Can I Use Almond Flour?

Not in this recipe.

Can I make this bread without eggs?

Can I make this loaf without milk or butter?

Yes! Replace both the milk and melted butter with your favorite dairy-free alternative. 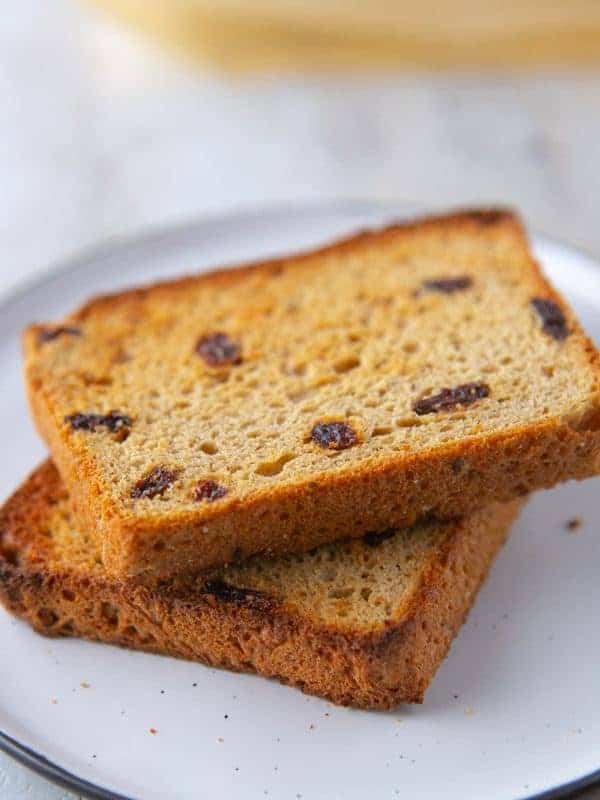 Can I use this recipe for cinnamon buns?

No. This recipe makes a very soft gluten-free dough. It can’t be rolled into cinnamon buns.

My loaf sank in the center. What happened?

It probably rose too much. THere’s a balance between a rise that’s enough and too much. When gluten-free yeast dough rises too much, it deflates when it bakes, causing it to sink. 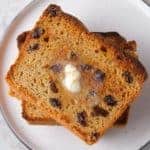 The raisins should be soft to the touch. If your raisins are dry, place them in a small bowl. Pour just enough warm water over the raisins to cover. Allow the raisins to soak for about five to ten minutes. Drain the raisins and then use as directed.