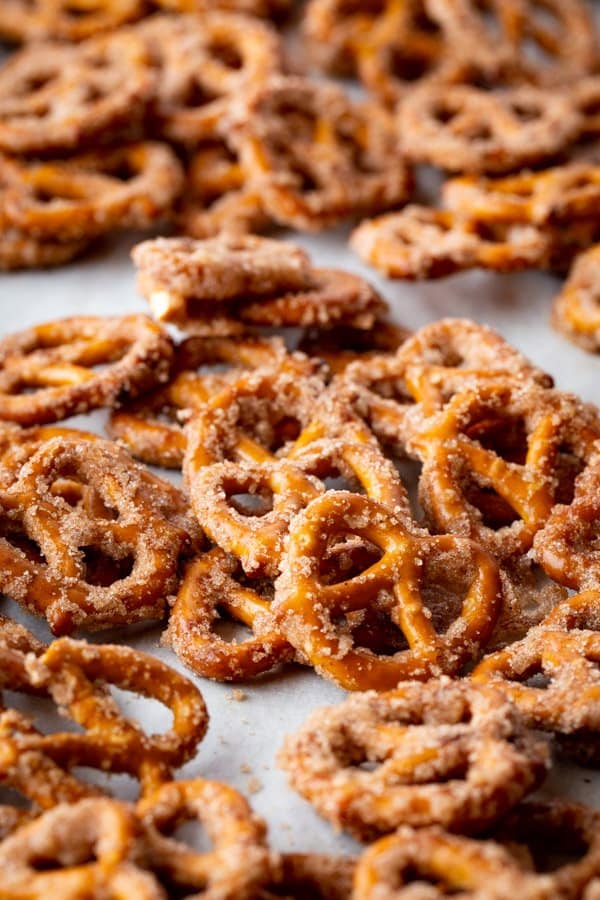 These are something I’ve made for so long that I can’t believe I’ve never shared the recipe on the blog. If I’m honest, I don’t really think of this as a recipe. It’s more like, “Throw some gluten-free pretzels into a bowl. Add sugar, cinnamon, and some melted butter. Bake for a bit. Eat by the large handful.”

That last part? It’s the most important. Because, friend, this is one of those recipes that people can’t stop eating. (Myself included.) 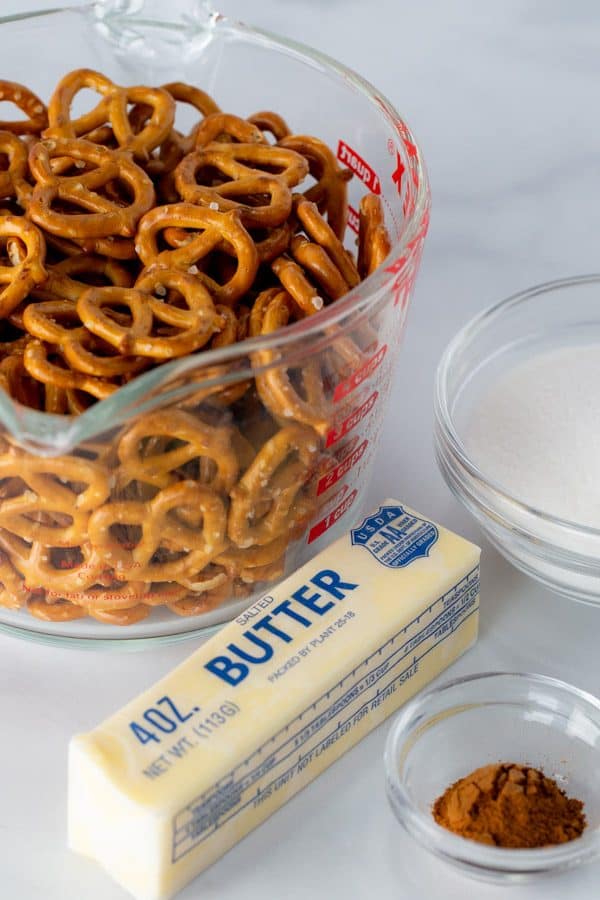