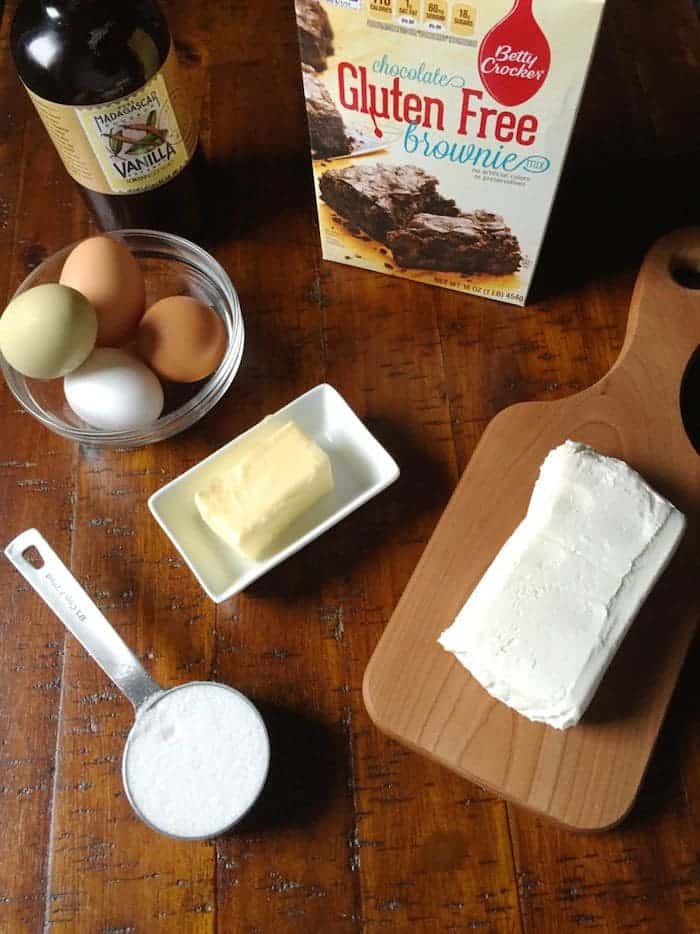 You know what I love better than brownies? Gluten-free cheesecake brownies! It’s a classic culinary combo and I think I love it even more than either plain cheesecakes or plain brownies. But before I can be sure, I should probably sample all three. You know, for science!

These cheesecake brownies lend themselves really well to using a mix. To start this recipe, I grabbed a Betty Crocker mix. Use whatever brownie mix you love, just be sure it makes an 8×8 square. You don’t want to use the mix that makes a 9×13 or you won’t have enough cheesecake topping. And who wants that to happen?

How to Make the World’s Easiest Gluten-Free Cheesecake Brownies 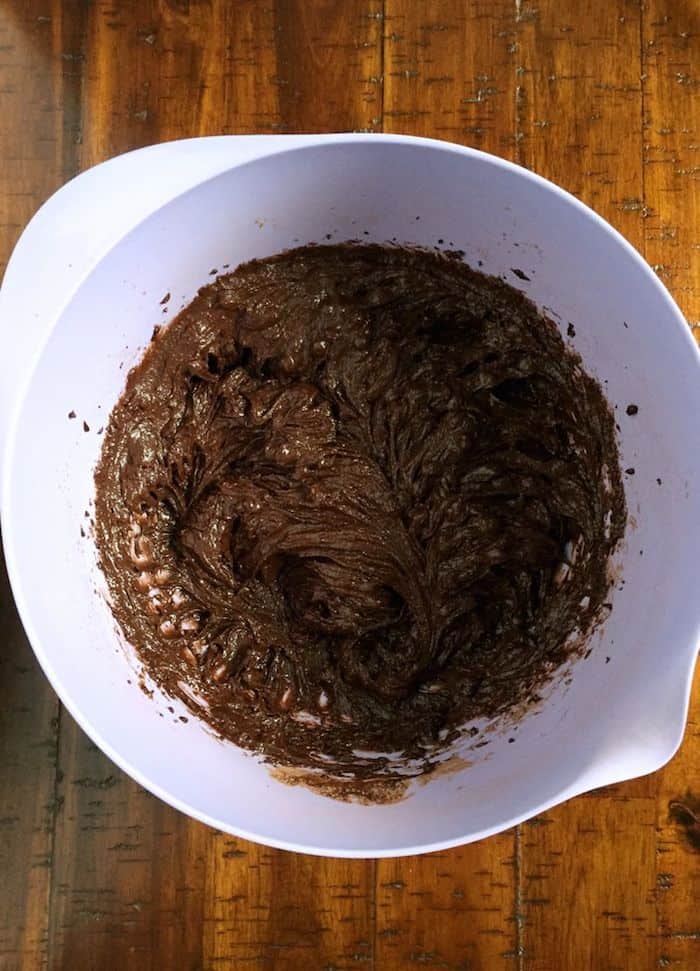 The original mix calls for two large eggs. Since I wanted my brownie base to be more cakey than fudgy, I added an extra egg. (Side question: how do you like your brownies? Cakey or Fudgy?) 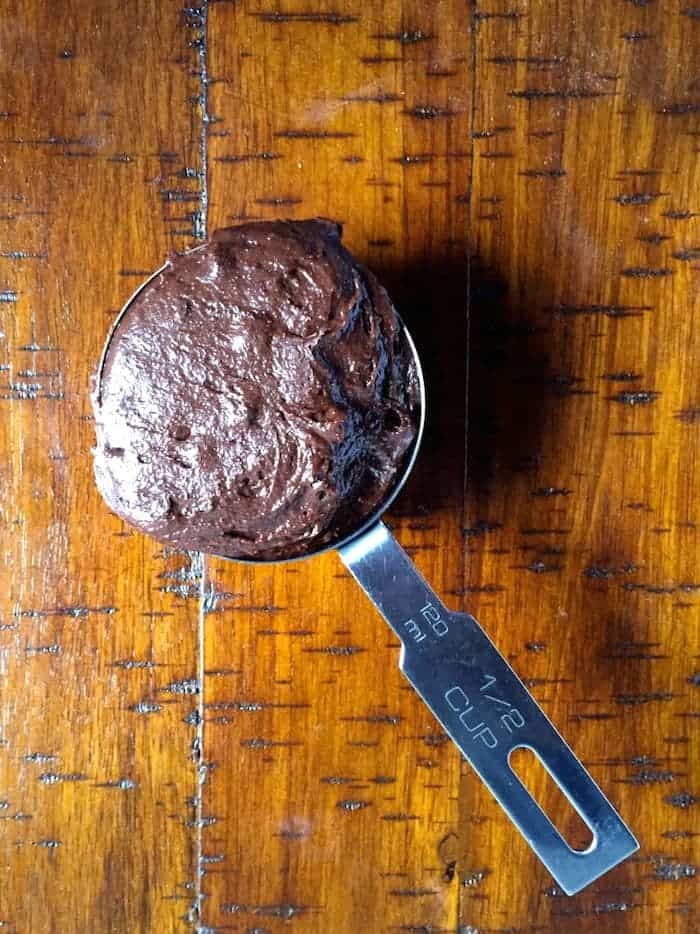 You want to reserve 1/2 cup of the brownie batter. We’ll use this later to create a pretty swirl! 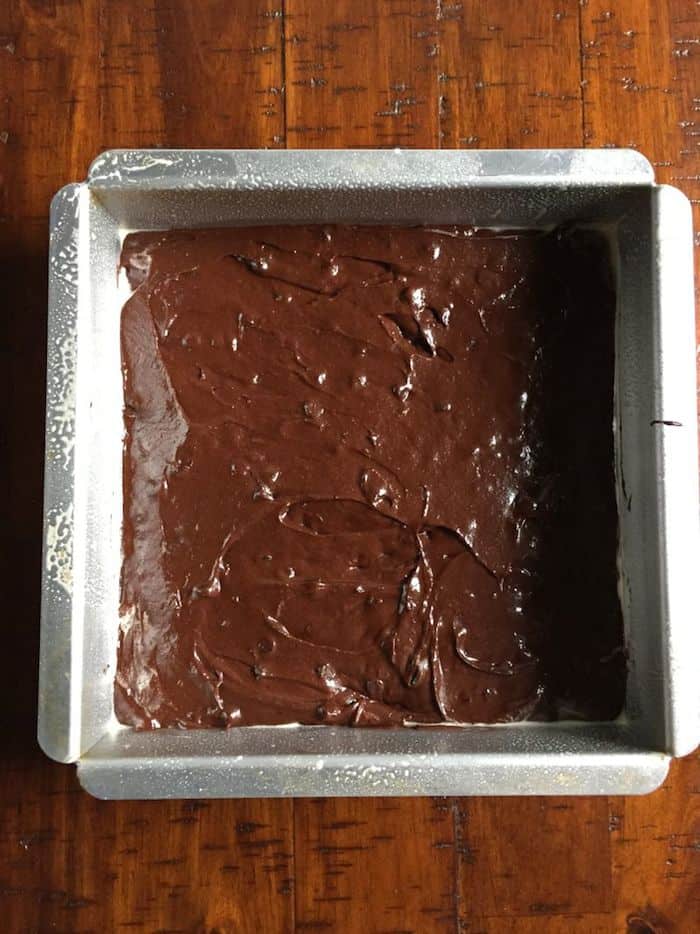 Add the remaining batter to the pan. I love how this mix includes chocolate chips. They’re like, “Here! Have some extra chocolate.” And I’m all, “THANK YOU KINDLY!”

Isn’t that glorious? I make a wee bit more cheesecake topping than most people. I mean, I want these to taste like cheesecake brownies. Not “hint of cheesecake” brownies. Basically, I want Sofia from the Golden Girls to find these brownies and acceptable alternative to the Girls regular cheesecake. (Please tell me you’re familiar with the best show of all time, aka The Golden Girls.) 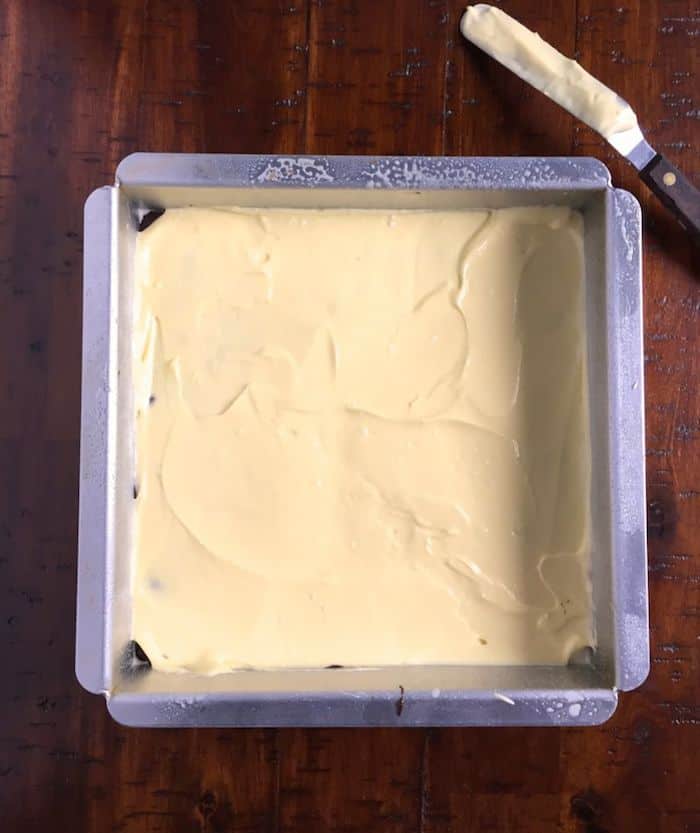 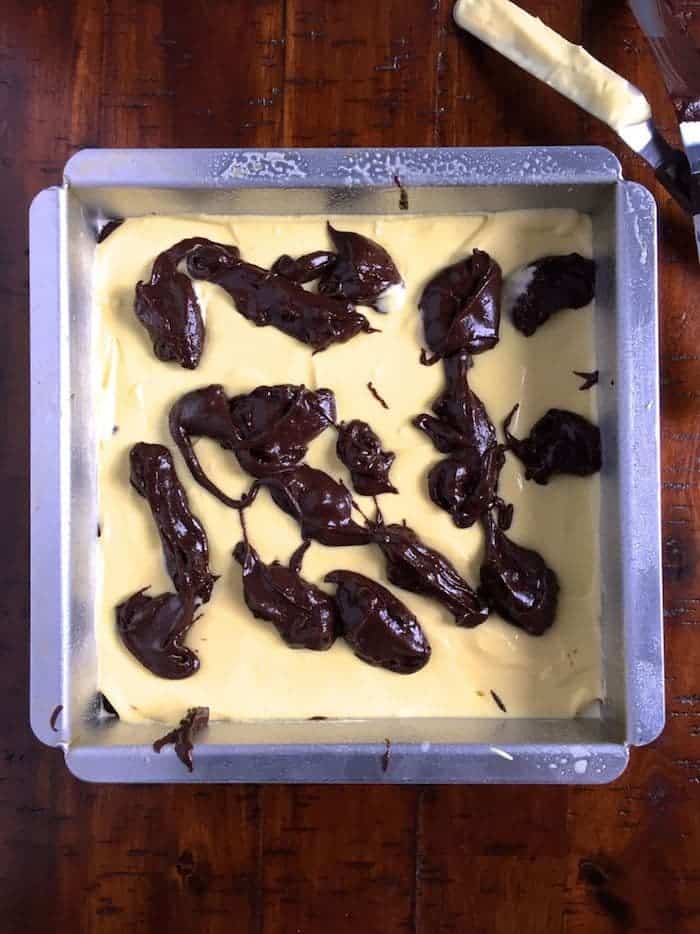 Drop the remaining brownie batter into the pan. 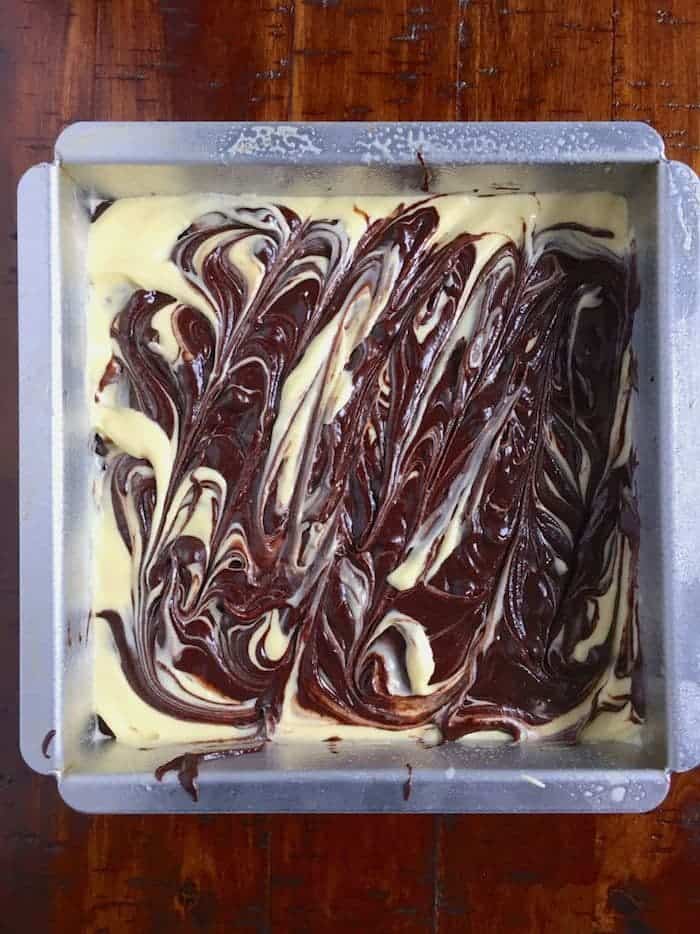 Swirl the two batters together with a knife or small offset spatula. This gets addicting. Try to stop before the cheesecake brownie completely disappears into the brownie batter. 🙂 As you can see, I only barely stopped in time. 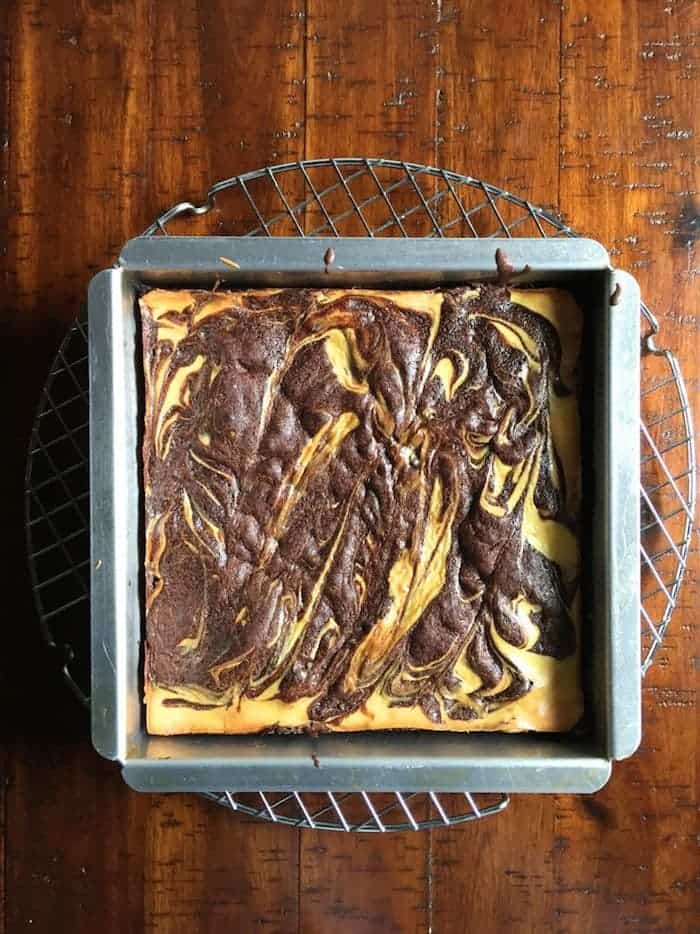 Bake until the edges are golden brown and the whole thing looks AMAZING. 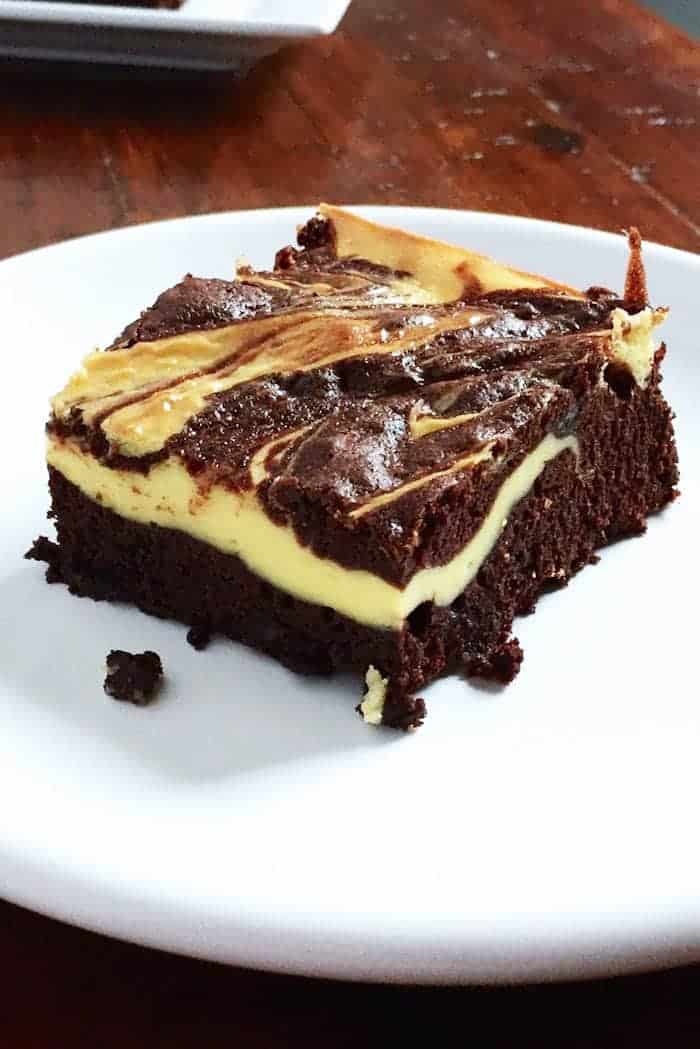 Cut into squares and enjoy! 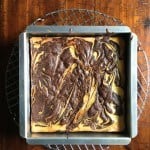