Gluten-Free Snickerdoodles. Recipe makes snickerdoodles—a simple sugar cookie coated with cinnamon-sugar—that are crisp on the edge and chewy in the center. 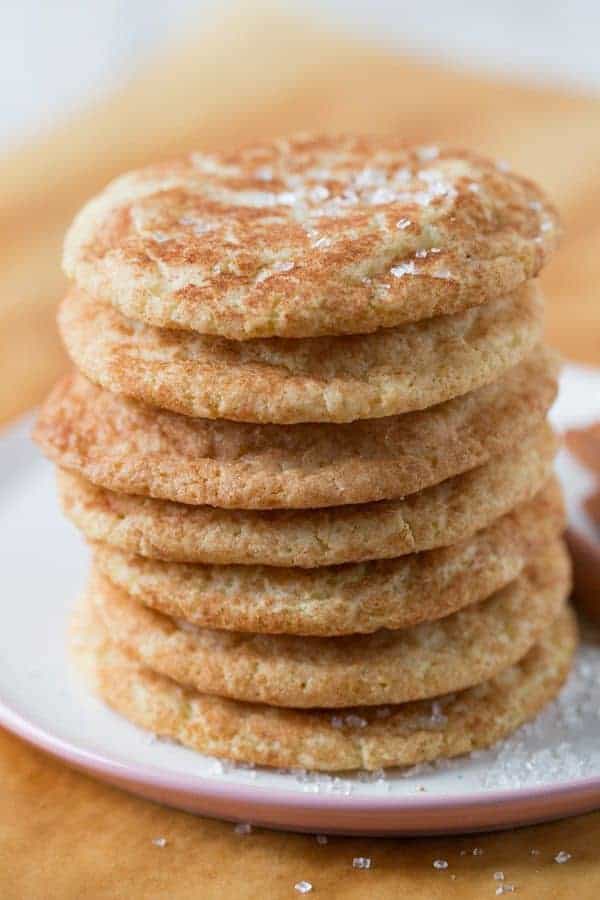 Culinary Confession time: For a long time, I avoided making classic snickerdoodles because many recipes call for cream of tartar. It’s a common ingredient but not one I reach for on a regular basis.

Plus, I reasoned, the combination of baking soda and cream of tartar is basically baking powder. So that’s what I used the first time I created a recipe for gluten-free snickerdoodles. The resulting cookies were thick and puffy. (And really good!)

Recently I read an interesting history of snickerdoodles in Bravetart, Stella Parks’ popular baking book. In it, she states that baking powder, not the combination of baking soda and cream of tartar was, in fact, the classic leavener used in the cookies.

So I was right. Using baking powder was just fine–and, actually, the classic way to make the cookies. And, like most people, there’s nothing I enjoy more than being right.

This doesn’t happen when you combine baking soda and cream of tartar. So the cookies don’t puff in the oven. They spread, giving you a flat cookie with a chewy center and crispy edges.

For folks who love classic snickerdoodles, this one’s for you. 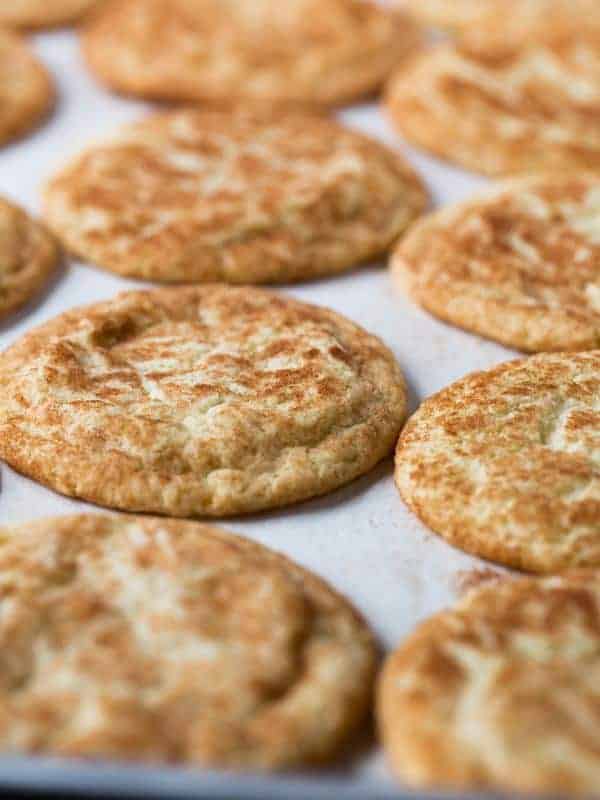 The Dough: A (small) “Secret” Ingredient

At their heart, snickerdoodles are a simple drop sugar cookie. Before baking, they’re coated with a cinnamon-sugar mixture. While testing this recipe, I added a 1/4 teaspoon–this is a whisper–of ground cinnamon to the dough. The snickerdoodles made with cinnamon in the dough had a deeper, more pleasant flavor than those made without.

Why does this small amount of ground cinnamon make a difference? I think the fat from the butter carries the flavor. It’s subtle and a wonderful reminder that sometimes a little thing makes a big difference.

The Coating: Too Much is Just Enough

By the way, you’re going to have some leftover cinnamon-sugar mix. To be honest, I find this annoying. But there’s really not a good way to mix together just the right amount of cinnamon-sugar coating. You can store the leftover mix in a covered container and use it the next time you make these cookies. Or you can treat yourself and make some cinnamon toast. (Yum!) 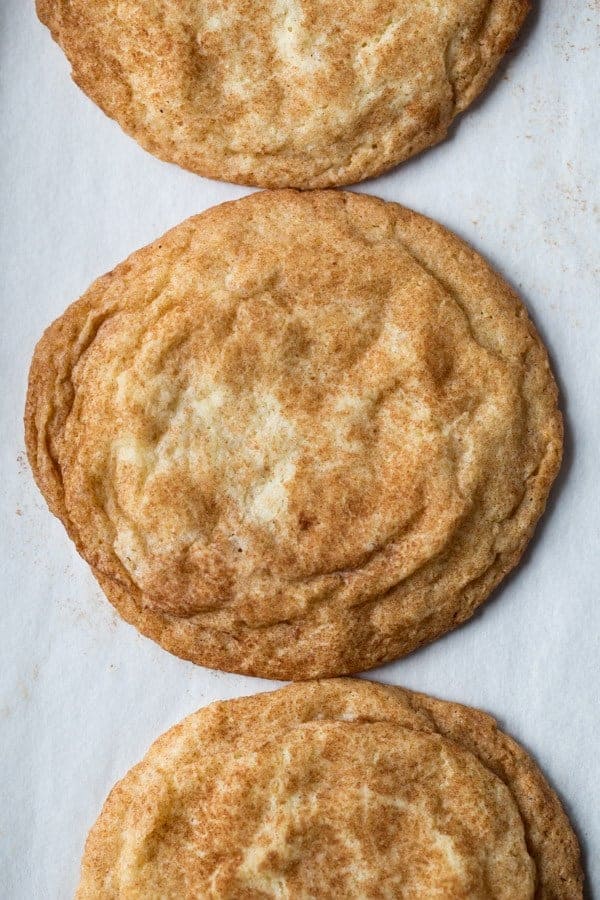 For the Gluten-Free Snickerdoodle Dough

For the Cinnamon-Sugar Coating