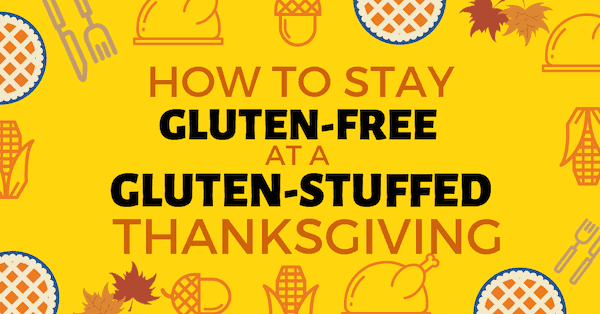 If you need to follow a gluten-free diet, Thanksgiving can pose a real challenge. Here are some tips on how to stay safe if your host isn’t serving a 100% gluten-free Thanksgiving.

If you haven’t already, give your host a call. Even with “gluten-free” becoming more commonly understood, your host might have some questions about what you can and cannot eat. (And unlike my aunt, most folks don’t lie to you about what they are serving.) One reader told me that her mother-in-law was relieved to learn that potatoes were safe for someone on a gluten-free diet.

So it’s a good idea to clear up any questions your host might have about the gluten-free diet before the busyness of the day hits. 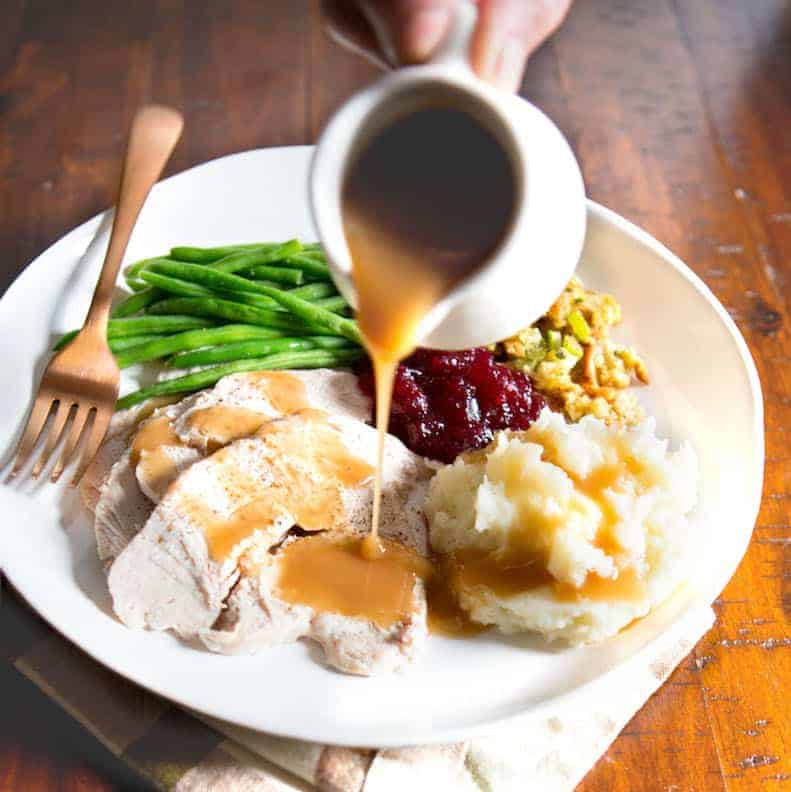 If you’re comfortable with your host cooking some special dishes for you, be prepared to share recipes.

Here are three great ones to start:

Gluten-Free Gravy. They can learn how to make gluten-free gravy in a snap. And it’s so good that everyone can enjoy it. No need for two gravy boats!

Gluten-Free Stuffing: Swap gluten-filled bread with gluten-free and you’re on your way to awesome stuffing.

Gluten-Free Pie Crust: If they want to make a pie, here’s the crust to start with.

At a gluten-filled Thanksgiving some of the dishes will be obviously off-limits: the traditional stuffing, the gravy (unless made with cornstarch), and the pie. But don’t forget to ask about “hidden gluten” in dishes that seem, at first glance, to be gluten-free.

Who knows if your host decided to try a recipe for Brussels sprouts that calls for soy sauce. Or made a casserole that needed “just a few” bread crumbs.

In addition to asking about ingredients, ask how a dish was prepared. Little things, like dusting a pan with flour, might be revealed. In addition to learning whether or not a food is safe to eat, you get to engage in some culinary conversation, and that’s always fun. 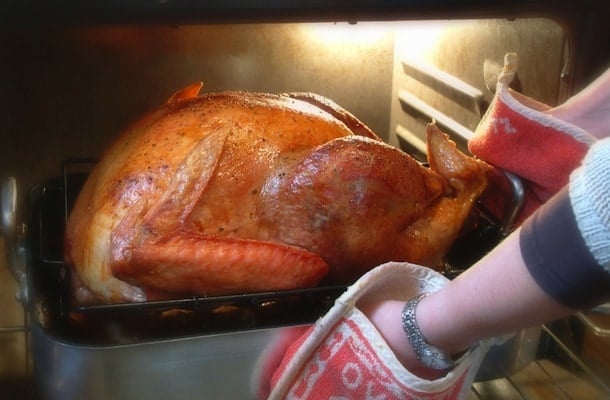 Sounds rude, I know. But once you’ve established which dishes on the Thanksgiving table are safe to eat, it’s a good idea to serve yourself before everyone else starts digging in. Cross-contact happens all the time at large gatherings. The same spoon used to serve the stuffing somehow finds it’s way into the mashed potatoes. By serving yourself first, you reduce the chance of unexpected gluten showing up on your plate and making you sick.

And really that’s the key: not getting sick. Because, as you know, special dietary needs don’t take the holidays off. (Don’t I wish they did!)

If you aren’t comfortable eating the Thanksgiving meal, say so. For some people, this is easy. For others, it’s really (really) hard. If you’re in the later camp, consider this your permission slip. Handle this in a way that feels right for you. Skip the gathering all together or bring your own food or show up after everyone has finished the meal.

The important thing is that you do what you’re comfortable with on Thanksgiving. And sometimes saying no is the best answer.